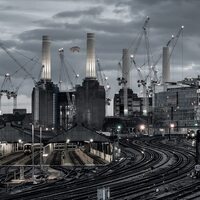 Syd Barrett documentary "Have You Got It Yet?" announced

Mercury Studios announced last month that they had completed work on a new Syd Barrett documentary, "Have You Got It Yet?"

The project was originally directed by Storm Thorgerson and Roddy Bogawa, who also directed the Thorgerson documentary Taken by Storm; Bogawa finished the documentary after Storm's death with assistance from StormStudios. It features interviews with the remaining members of the Floyd and their management teams, as well as other musicians like Pete Townshend.

The title, of course, is a reference to a story Roger told of the last track, of the same name, that Syd brought to the band's rehearsals, which Syd kept changing after every play-through, each time asking the others: "Have you got it yet?"

More information is available from Deadline, Rolling Stone, and other outlets, although no release date is evident yet.