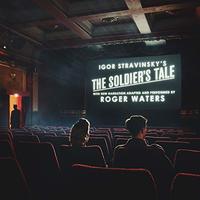 Roger Waters recently announced a new take on one of Pink Floyd's best-known songs, titled Comfortably Numb 2022. The new interpretation, pitched down to the key of A minor, replaces the outro guitar solo with a vocal one by Shanay Johnson and does away with the middle solo entirely (obviously a bold choice considering where that one ranks among the all-time great solos).

Per Roger: "ItÂs intended as a wakeup call, and a bridge towards a kinder future with more talking to strangers, either in 'The Bar' or just 'Passing in the Street' and less slaughter 'In Some Foreign Field.'

A video directed by Sean Evans (who's directed Roger's recent other recent films) is available on YouTube, and the track is also available on Amazon Music, Apple Music, iTunes, and Spotify,

Syd Barrett documentary "Have You Got It Yet?" announced

Mercury Studios announced last month that they had completed work on a new Syd Barrett documentary, "Have You Got It Yet?"

The project was originally directed by Storm Thorgerson and Roddy Bogawa, who also directed the Thorgerson documentary Taken by Storm; Bogawa finished the documentary after Storm's death with assistance from StormStudios. It features interviews with the remaining members of the Floyd and their management teams, as well as other musicians like Pete Townshend.

The title, of course, is a reference to a story Roger told of the last track, of the same name, that Syd brought to the band's rehearsals, which Syd kept changing after every play-through, each time asking the others: "Have you got it yet?"

More information is available from Deadline, Rolling Stone, and other outlets, although no release date is evident yet.

Pink Floyd have finally announced September and October release dates for the 2018 remix/remaster of Animals. The releases begin with CD, vinyl, Blu-ray, and SACD formats and culminate in a Deluxe box set containing vinyl, CD, DVD-Audio, and Blu-Ray versions; all versions are now available for preorder here and on the band's site.

The album has been remixed/remastered by original engineer James Guthrie and the DVD and Blu-Ray releases will include a 5.1 mix alongside the stereo version. No mention is currently made of a 5.1 mix on the SACD; this may be an oversight, as it seems a strange choice to release on that format in 2022 to begin with (although we'd venture to guess that SACD players are slightly more popular with Floyd fans than they are with the larger population), and 5.1 support is one of its advantages.

It's not quite the full Immersion Edition that some of us had hoped for, but it's still great to see this classic album get some love of its own.

David Gilmour and Nick Mason have released a new single, Hey Hey Rise Up, under the Pink Floyd name in support of the people of Ukraine.

This certainly sounds like a one-off, but as the Floyd's official site notes, David's personal ties to Ukraine give it special importance to him, and it's always good to hear new music from the guys in any lineup.

A recent interview with Rolling Stone with David Gilmour and Polly Samson covers many topics, but one has drawn the most attention: the remaster of Animals which was completed in 2018 and has yet to be released, which the interview confirms has been delayed due to a disagreement over inclusion of new liner notes.

Ahead of the release of the interview, Roger Waters released his own statement on those liner notesâand the contested notes themselves. The notes are clearly written from Roger's point of view (although it should be noted that he claims in the post that there's no disagreement on factsâa question David's interview never touches on). Roger also notes that he's in the middle of writing his memoirs, which no doubt promises much more grist for the rumor mill.

It is worth noting, however, that Roger has apparently approved the release without liner notes, so hopefully that's now imminent.

On a personal note, as someone who's long considered Animals a criminally overlooked album (perhaps understandably, bracketed as it is by the instant and unquestionable classics Dark Side of the Moon and Wish You Were Here on one side and the popular and critical pinnacle The Wall on the other), is it too much to hope that this will lead to the release of an Immersion Edition?

This is Not a Drill (this time)

Roger Waters has rescheduled and relaunched his planned "This is Not a Drill" tour for 2022, with most tickets on sale now. They're available at his his official site and, as usual, we've updated our Tour page.

That page has also been updated with the latest dates from Nick Mason's Saucerful of Secrets, also in 2022.

Catching up on videos from the band

As we all do, the current and former members of the Floyd are dealing with the limitations of life in a global pandemic in their own ways.

First up, Roger Waters's official Instagram page has shared a new (distanced) recording of "The Gunner's Dream" from The Final Cut, along with his musings on nuclear arms and the 1983 Soviet false alarm involving them.

Meanwhile, David Gilmour, on his family's ongoing Von Trapped Facebook livestream, has posted an at-home version of "Morning is Broken", as expanded on and popularized by Cat Stevens.

A little good news for fans with both Roger's and Nick's current tours postponed: the official concert film of Roger Waters's Us+Them tour is now available to stream, and both it and the accompanying album can be preordered on physical media, for those of us still into that sort of thing. Links are here to buy or rent the film for Apple TV and Amazon Video or stream the first single, Another Brick in the Wall (Part 2), on either companies' services; or, pre-order a 3-LP, 2-CD, DVD, or Blu-Ray set at Roger's official store.

Roger Waters will be coming to the US and Canada in summer/fall 2020 for the "This Is Not a Drill" tour, with tickets going on sale on January 31. Dates are on his site and our Tour section.

Roger promised at the end of an interview with Rolling Stone last fall that this tour would be even more political than the Us+Them tour, and its election-year timing not even remotely a coincidence. Regardless of fans' opinions of that, the success of the Us+Them tour means that they should expect to find a full house of mostly like-minded people in attendance.

Roger also expressed a desire to have shows on this tour in Mexico, so there may be more dates still to come... we'll update our Tour page if and when any are announced.