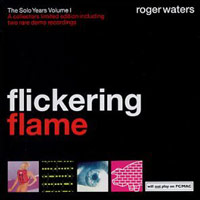 Roger Waters will be coming to the US and Canada in summer/fall 2020 for the "This Is Not a Drill" tour, with tickets going on sale on January 31. Dates are on his site and our Tour section.

Roger promised at the end of an interview with Rolling Stone last fall that this tour would be even more political than the Us+Them tour, and its election-year timing not even remotely a coincidence. Regardless of fans' opinions of that, the success of the Us+Them tour means that they should expect to find a full house of mostly like-minded people in attendance.

Roger also expressed a desire to have shows on this tour in Mexico, so there may be more dates still to come... we'll update our Tour page if and when any are announced.

Pink Floyd's official site has announced the November 29 release of a new box set, The Later Years. The set covers the post-Waters era and contains 5 CDs, 6 Blu-Ray discs, and 5 DVDs, including remasters of A Momentary Lapse of Reason and Delicate Sound of Thunder, previously (officially) unreleased concerts from Venice in 1989 and Knebworth in 1990, and a ton of additional bonus material.

Pre-orders are available at all the usual places, including Amazon and the band's official store. The official store also lists a double LP and highlights CD, presumably for those unable or unwilling to spend nearly $500 on the full box set.

The concert film of Roger Waters's Us+Them tour will be coming to theaters on October 2 and 6. Recorded in Amsterdam, the film includes live material from the classic Floyd albums The Dark Side of the Moon, Wish You Were Here, Animals, and The Wall, as well as his most recent solo release, Is This the Life We Really Want?. Tickets are on sale at next Wednesdsay, July 17.

David Gilmour will be auctioning off over 120 of his own guitars this summer, with proceeds benefiting a number of charitable causes.

Rolling Stone has a couple of articles about the auction, with details about some of the other guitars for sale and an interview with the man himself. Gilmour insists that he has no intention of retiring just yet, though it's clear that his selection of instruments for future albums or shows will be much smaller.

Several guitars, such as the iconic black Strat and the white Strat used on Another Brick part 2, are expected to go for up to $150,000.