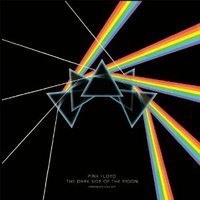 Dark Side of the Moon: Immersion Edition
September 2011

Roger Waters appeared on Howard Stern's radio show this morning. According to sources who listened, the interview lasted approximately one hour. Of course, Roger was asked about a potential reunion. He responded that while there is no animosity, he is currently too busy for such a thing and he assumes the other members of Floyd are too busy as well.

UPDATE:
I have uploaded the 57 minute interview to YouTube for your listening pleasure.

No Olympics reunion for Floyd

Despite a recent report that Pink Floyd would be reuniting for the 2012 Olympics, David Gilmour himself has denied that such a reunion was happening. Nick Mason in particular has stated in the past that they'd consider it for the right reason, but it appears the Olympics are not the right reason.

Roger Waters on the Occupy movement

Roger Waters has posted a video speaking out in support of the Occupy Wall Street movement and the related protests around the world, both on his Facebook page and on Vimeo. Because it's a serious and polarizing issue, I've decided not to add any personal commentary, but our readers should feel free to do so on our forums.

The folks behind Record Store Day have announced special limited-edition LP releases for Black Friday. The full list of records is available at the links above, but the highlight (for us) is a box set of singles from The Wall. Head on over to their site to find participating independent stores near you!

As has been widely expected, Roger Waters today announced a return to North America in mid-2012. The Philadelphia show goes on sale on Nov 7; San Francisco, Los Angeles, and Orlando on Nov 18; and the Boston and New York shows on Jan 30 2012. All other dates go on sale on Nov 14.

This summer 2012 schedule is pretty tightly packed, so it seems unlikely that many extra shows will be announced, but there's always a possibility.

RogerWaters.com and OneSmallHouse.org, a charity program building homes for impoverished families in Mexico, have announced a new matching program. Roger will match donations in a drive to build houses for 10 families. As a 501(c)(3) charity, donations should be tax deductible in the US.

As part of another promotion for this week's Why Pink Floyd? releases, EMI has launched an official YouTube channel for Pink Floyd. All week long, the channel will stream Dark Side of the Moon performed at Wembley Stadium in 1974. This is the same previously-unreleased performance included in the Experience and Immersion editions of the new DSotM release.

Talk show host Jimmy Fallon will celebrate Pink Floyd this week by featuring musical performances of the band's material on all five shows. Most notably, Roger Waters will join the Foo Fighters on Tuesday, Sep 27 for a performance of "In The Flesh". Other shows will feature the Shins, MGMT, Dierks Bentley, and Pearl Jam performing Floyd songs.

If you can't watch the shows, each should be available on the show's video page not long after it airs. Unfortunately, it's likely that the videos will be restricted to US viewers, but if any readers experience otherwise, we'd love to hear about it.

As noted on Pink Floyd's official site, EMI will be flying a replica of the famous pig Algie over Battersea Power Station to promote the new Why Pink Floyd? releases. If of our any readers in London or nearby are able to take a photo replicating the cover of Animals, we'd love to post it here for the world to see!

The Wall up to 8 Buenos Aires dates; Brazil rescheduled

With the addition of shows on March 17 and 18, The Wall Live tour now has 8 concerts set for Buenos Aires. The bummer for Brazilian fans is that the new dates have started conflicting with shows there (Porto Alegre was originally set for March 17), but an email from RogerWaters.com indicates that all four Brazil shows will be rescheduled.