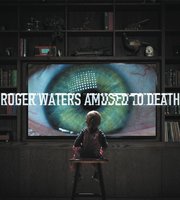 Tonight (7th June 2003) at 9:00 PM GMT, David Gilmour discusses the early years of Pink Floyd on BBC Radio 2. Thanks to Paul Cruise for the heads up.

Even after the SACD issue of The Dark Side of the Moon, the year's most highly anticipated release by Pink Floyd is yet to come. The remastering and reissue of Pink Floyd's 1972 monster cult classic, Pink Floyd: Live at Pompeii is about to find a store shelf near you. This will be a director's cut DVD digitally remastered for your eyeballs and eardrums with extra concert footage and even more scenes from inside the studio during production of Dark Side. No finalized date yet, but a release looks to be out as early as June. In the meantime, you can read these interesting tidbits from the Pink Floyd fanzine, Brain Damage.

Update: According to the good folks above, Universal has set a release date for October 21st.

Rolling Stone magazine is running a feature on Pink Floyd and the 30th anniversary of the release of Dark Side of the Moon. Included are interviews with Roger Waters, David Gilmour, Alan Parsons, and Syd Barrett (circa 1971), along with other odds and ends. The interviews alone are quite worth the read -- Dave and Rog both have some interesting things to say about each other.

Dark Side of the Moon SACD review

High Fidelity Review has posted an extensive review of the new Dark Side of the Moon SACD release. The author has a great deal to say about the SACD, and it's a very interesting read.

If you use Internet Explorer 5.0 and are unable to see the corners of the navigation menu, please try your Refresh button, or the Shift key + the Refresh button. We discovered that the image format in use was not supported by IE5.

Some visitors may have noticed that Pink Floyd Fandom Webmail has been changed somewhat. It has been integrated into the main Fandom site, so logging in will now be the same as logging in to the regular site. The URL has also changed, although the old www.pinkfloydmail.net one will still get you there.

This does not change anyone's email address.

Well, we've been talking for a bit about adding new functionality, and the first of it is here with the arrival of the Discussion boards. Post your thoughts and opinions and interact with your fellow Floyd fans!

This is just a preview of what's to come. You might also notice the other two new areas, Albums and Users. The Albums section is an attempt to gather the disparate information available about the various Pink Floyd (and related) albums, DVDs, books, etc. into one place. The Users section is where you can go to sign up for an account, change your password, reset a forgotten password, and change your preferences. Both of these sections will be greatly expanded as more album information is made available and as more user functionality is enabled.

Note that you do not need to sign up if you already have an account for Pink Floyd Fandom Webmail; you can simply use the same username and password for the Fandom site now. Signing up from the Fandom page will automatically include a Webmail account, which can always be accessed from the link to the left.

Please enjoy the new services, and feel free to use the Discussion section's The Site board to make suggestions or comments about the new additions.