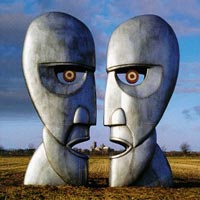 David Gilmour and Roger Waters reunited on stage last night to raise money for the Hoping Foundation, a charitable organization based in England that strives to raise money and awareness for improving education and living conditions of Palestinian youths. The event, organized by Bella Freud and Karma Nabulsi, took place at Kidlington in Oxfordshire, England and raised over 350,000.

They performed four songs before 200 guests, accompanied by Guy Pratt (on bass and acoustic guitar), Harry Waters (on keyboards), Andy Newmark (on drums), Chester Kamen (on guitar) and Jonjo Grisdale (also on keyboards). The songs were "To Know Him Is To Love Him," a regularly featured non-Pink Floyd tune used in sound checks way back when, followed by Pink Floyd favorites: "Wish You Were Here," "Comfortably Numb," and "Another Brick in the Wall (Part Two)."

Here's a picture from the rehearsal and more from the event. You can read more over at David Gilmour's page.