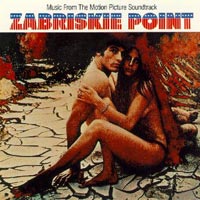 Vote for the best Live 8 act

The BBC is running a poll for the best act at Live 8. If you're reading this, I'm sure you have an opinion!

The film news and preview site Coming Soon recently interviewed Johnny Depp about his current projects. Johnny mentioned he wants a film about Roger "Syd" Barrett, the original frontman of Pink Floyd. You can read the short snippet in this article.

We're running a contest over on the forums to pick Floyd's setlist at Live 8. Full rules and details are available in the post. The winner will receive a Pulse DVD, so click here to enter!

Update: The contest has ended.

Pink Floyd to reunite for Live 8

After many denials from the band's management, David Gilmour apparently decided Friday that he would like to get the band together for Live 8, according to Brain Damage, one of the most reliable sources out there. Adding credence to this story is a quote from Gilmour himself describing his reasons for wanting to participate and a report that Bob Geldof was the one who convinced Roger to talk to Dave.

The performance has also been confirmed by the official sites pinkfloyd.com (now owned by the band's management) and pinkfloyd.co.uk (owned by EMI Records).

You can join the discussion on our new forums.